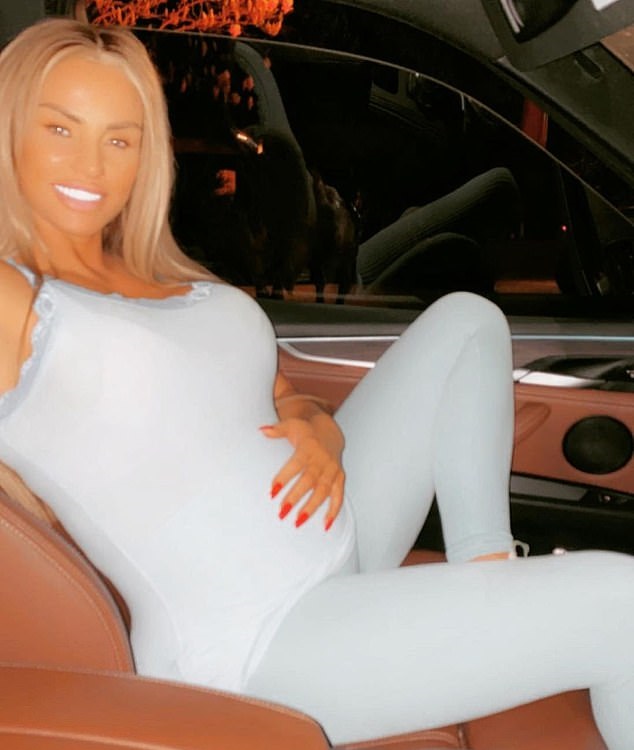 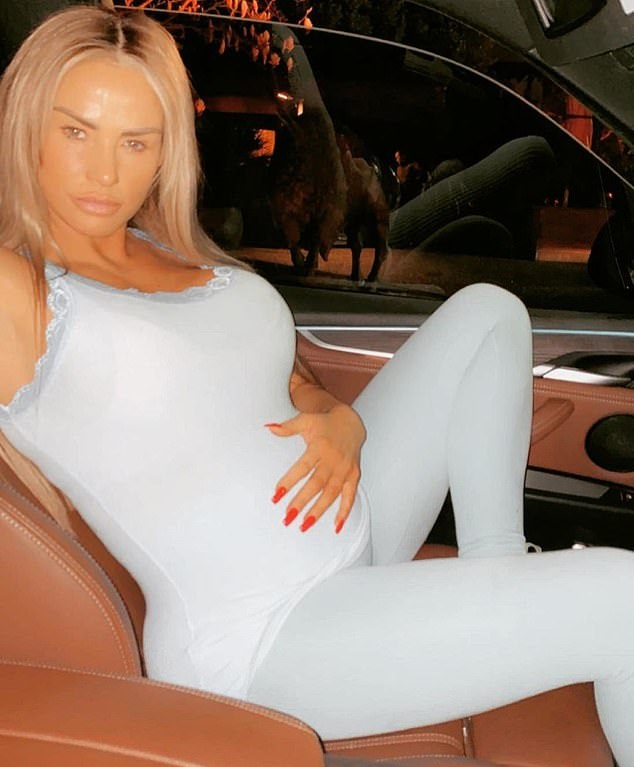 Katie Price has appeared to confirm she’s pregnant with her sixth child in an Instagram post shared on Thursday, shortly after being caught driving while disqualified.

The former glamour model, 42, cupped her stomach in the new images as she thanked her boyfriend Carl Woods, 32, ‘for being a part of me’.

Alongside the photos of herself posing in the front seat of a car, she wrote: ‘Happy and healthy… it’s the best feeling ever I thank @carljwoods for being part of me x.’ (sic)

Her ‘announcement’ came just days after former stripper Kieran revealed he is also expecting his first child with fiancée Michelle Penticost, a week on from legally finalising their divorce.