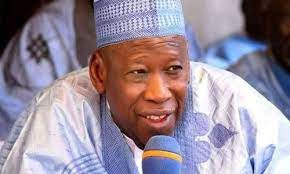 Kano State Governor Abdullahi Ganduje has described the state as the most peaceful, not only in the north but in the entire country despite the spate of insecurity bedevilling Nigeria as many people have currently relocated to the state as a result.

This was just as Ganduje explained that the state is a commercial-friendly state that attracts investors from different parts of the world thereby giving job opportunity to the populace.

Speaking on behalf of Governor Ganduje, the Special Adviser to the governor on Rural Development, Dr Ibrahim Gaya on Wednesday at the opening ceremony of Domino Pizza in Kano, assured the company that they will not regret coming to Kano.

He said: “No one will entertain any fear coming to do business in Kano because of the friendly nature of the people who don’t discriminate.”

Ganduje further explained that the state is a commercial-friendly state that attracts investors from different parts of the world thereby giving job opportunity to the populace.

“Governor Abdullahi Ganduje sends his goodwill message to you and assures you that you are most welcome to Kano State.”

He also assures that Kano State is the most secured state in the entire country, not just the north. In the meantime, many people have relocated to Kano. This is as a result of the support the state is enjoying from the traditional leaders as well as the security operatives in the state.