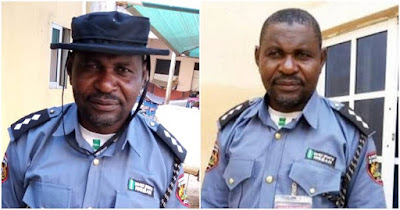 The Kano State Hisbah Board has sacked a top official of the board who allegedly slept with a married woman in a hotel room in the Sabon Gari area of Kano metropolis.

Recall that earlier this this year, the official was allegedly found in a questionable manner with the married woman in the hotel.

The board’s Public Relations Officer, Lawal Fagge, confirmed the sacking of the official to newsmen in Kano on Tuesday.

The decision to sack the affected officer followed a report by a committee set up by the board to unravel circumstances surrounding the incident.

Before the incident, the official was said to be at the forefront of arresting prostitute and other wayward girls and other women of easy virtue.

Breaking! Baba Ijesha to be tried for five offences