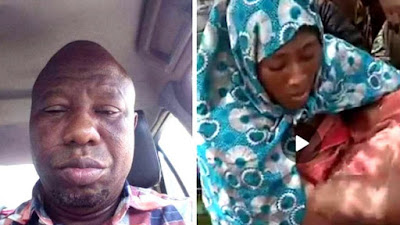 Ibrahim Shamaki, the father of one of the tertiary institution students kidnapped in Kaduna State, is dead.

On March 11, bandits stormed the Federal College of Forestry Mechanization in Afaka, and took 39 undergraduates.

Ibrahim was the father of Fatima Shamaki, one of the girls with hijab seen in the video released by the abductors.

He died of a heart attack days after falling ill with no good news about the daughter.

Ibrahim passed away on Friday evening while relatives were preparing to take him to a hospital for treatment, according to Channels Television.

The development occurred hours after the state government met with representatives of the parents at the Government House.

Early this week, the affected families cried out about their situation at a press conference.

“We will continue to hold the feet of the authorities to the fire until our children return safely”, they vowed.

Sporadic shootings in Borno as soldiers protest non-payment of allowances