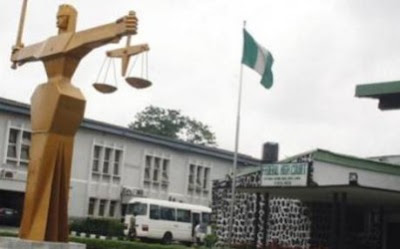 Nigeria (JUSUN) commences a nationwide strike over the non-implementation of financial autonomy of the judiciary in line with the constitution of the country and other extant laws.

JUSUN has issued a 21-day ultimatum which elapsed on Sunday, April 4, 2021, after its National Executive Council (NEC) meeting held two weeks ago.

According to JUSUN President, Comrade Marwan Mustapha Adamu, “all courts will be totally shut until and unless government do the needful.”

Already, the union had issued a circular directing all its members, nationwide to commence strike on Tuesday and to shut down all court premises.

The circular with Ref.no.JUSUN/NHQ/GEN/111/VOL.11/65, dated April 1st 2021, and signed by the General Secretary, Comrade Isaiah Adetola, asked all members of the Union to comply with the directive of the NEC.

The circular read: “I have been directed to refer to the communique issued at the end of the last National Executive Council (NEC) meeting of JUSUN on 13th March 2021 in Abuja and particularly refer to paragraph 9 on the 21-day ultimatum to the government to implement the financial autonomy of the judiciary, failure of which JUSUN will have no option but to resume the suspended national strike.

“Therefore, as a result of public holiday on 5th April 2021, the strike has been postponed to Tuesday 6th April 2021.”

However, the communique issued at the end of the NEC read: “NEC-in-session frowns at the refusal of some states government to implement the payment of peculiar allowance due to the judiciary workers and therefore calls for prompt implementation of same.

“NEC-in-session frowns at the anti-labour disposition of Ebonyi State Government and therefore demands immediate payment of the withheld August 2020 salary and release of check-off dues accruing to the union.

“NEC-in-session condemns the proposed Bill No: HB: 1062 for the creation of State Judicial Council to alter the Constitution of the Federal Republic of Nigeria 1999 (as amended) and demand the withdrawal of same.

“NEC-in-session frowns at the current law by Kaduna State Government subjecting the Judiciary under the Executive Arm of Government and hereby demands such law be repealed immediately.

“NEC-in-session frowns at the government’s in-action on the implementation of the financial autonomy of the judiciary in line with the constitution and other extant laws.

“NEC-in-session hereby issues a 21-day ultimatum to the government effective from Monday 15th March 2021 to implement the financial autonomy of the judiciary, failure of which the union have no option than to resume the suspended national strike action.”