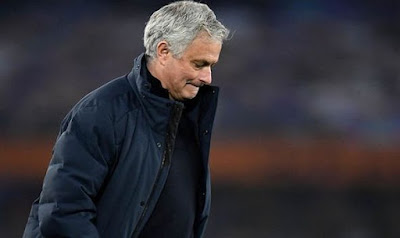 Jose Mourinho has been sacked as head coach of Tottenham, less than a week before Sunday’s Carabao Cup final against Manchester City.

The club confirmed Mourinho and his coaching staff Joao Sacramento, Nuno Santos, Carlos Lalin and Giovanni Cerra had all been “relieved of their duties”, with Ryan Mason – just 29 – taking charge of training on Monday.

Tottenham chairman Daniel Levy, said: “Jose and his coaching staff have been with us through some of our most challenging times as a club.