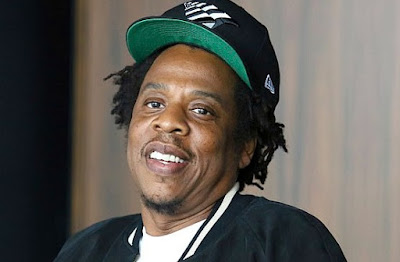 A trading card autographed by Jay-Z sold for a record $105,780, establishing a new record for a non-sports card, according to industry sources.

‘This is a public service announcement… a Jay-Z Topps Chrome Superfractor RC Auto 1/1 just sold for $105,780 via @goldinauctions. That marks the all-time record for a non-sports/TCG card.’

The company that sold the card, Goldin Auctions, confirmed it the sale as ‘an all-time record for any non-sports/TCG card.’

Goldin Auctions previously shared a shot of the card, writing on Friday: ‘Mixing it up with this Jay-Z One of One Superfractor Autograph…Hova! Lot 243, Current Bid: $2,200.’

The card’s price – starting with a minimum bid of $500 – veered into six figures amid a total of 49 bids, Goldin said.

The 2006-2007 Topps Chrome card reads Signs of Stardom and shows the rapper in a grey three-piece suit, with his signature affixed to a silver strip.

The background of the card also shows a gold surface. It had a grade of 9 Mint.

According to Goldin, the limited-edition piece is serial-numbered 1/1.

Amid a surge of interest in cards, the company has had a number of other six-figure auctions this month, with cards featuring MLB star Ronald Acuña Jr., and NBA icons including Michael Jordan, LeBron James and the late Kobe Bryant garnering massive bids.