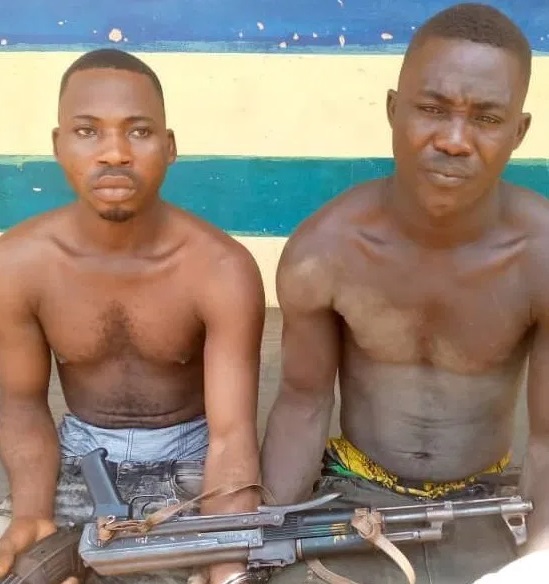 The Imo State Police Command has announced the arrest of two robbery suspects and the seizure of an AK 47 rifle.

Both suspects according to the police have been terrorising the people of Eziobodo Community in the state and its environ.

They were arrested on Tuesday by Police Operatives attached to Operation Puff Adder II after intelligent information from members of the vigilante group in the community.

This is according to a statement signed by Orlando Ikeokwu, Police Public Relations Person in the state.

Exhibits recovered from the suspects are an AK 47 rifle with breech number 0544 and two magazines containing rounds of live ammunition.

The police also noted that a bag containing Military handkerchief, military camouflage and T-shirt was also recovered from both suspects.

Both suspects have confessed to the police of being members of an Armed Robbery Syndicate that has been robbing banks in Imo state and beyond.

The suspects have also mentioned some of their partners in crime who the Police have launched a manhunt for.