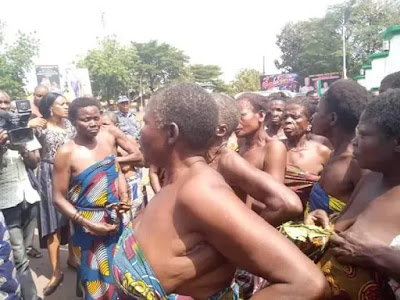 Ndinne Igbo, an all women socio-cultural organization, has threatened its members would march naked across Igboland to protest killings by herdsmen in the region.

The group condemned the recent herdsmen attack in Enugu and Ebonyi states by herders.

It stated that many Igbo children have become victims of herdsmen attacks.

The Ndinne Igbo group in a statement signed by its President, Mrs. Beatrice Chukwubuike, on Saturday called on Nigeria and Igbo leaders to arrest the terrible situation before it degenerates into anarchy.

Similarly, another group, the Coalition of Christian Leaders in the southeast zone said its members would march to all Government Houses in the South East to show displeasure on the way the killer herdsmen issue is being handled.

Pastor Okey Idika, the spokesman of the coalition, noted that the Christian community in the Southeast would be abandoning its duties if it’s unable to make the world know its feelings on the matter.

Don Jazzy opens up about his failed marriage with Michelle Jackson