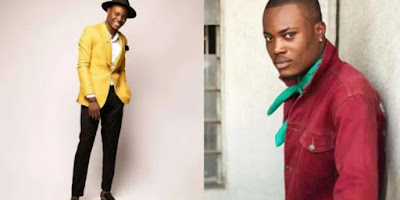 Nigerian actor, Godwin Maduagu, has threatened he might take his own life months after his s3x tape was leaked online.

And on Thursday, in a question and answer session with his followers he spoke out for the first time about the scandal. He assured he was being blackmailed and opined he was superimposed in the video.

He went further to say, when the video hit the internet, he drew strength from his family, girlfriend, and James Brown who claims he has suffered a similar thing.

Fast forward to now, Godwin says the s3x tape has made him broke because organisations are not willing to work with him. He says even if he is on a project and they find out he is there, they ask whoever is in charge to remove him. He says he can;t live his life without money and then threatened suicide.

”I am not happy because you guys are frustrating my life because I am getting depressed already. I thought I have moved on and everybody has moved on.

I have not been getting jobs, I am getting broke. You know as a public figure you have to have money to take care of some personal expenses. Right now I don’t have any money.

Now, if people book me for a job, the company or brand would see Godwin Maduagu and they would say no, we can’t use this boy.

You guys said I made a video to trend. Now who is now trending and who is now losing? How do you expect me to make a video that will destroy my life and everything.

You guys should just pity me now, Please. I am not happy. I want to get my life back. I need money.

Right now I feel like I am going to commit suicide because I can’t take this anymore. It is really depressing and it is affecting me psychologically. ”