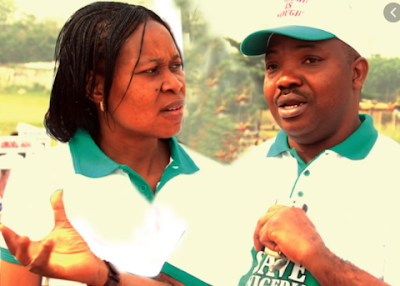 Dr Joe Okei-Odumakin, the wife of the late spokesman for Afenifere, Yinka Odumakin, has reacted to the outpouring of tributes in honour of her late husband.

She said she wished her husband could hear what those he criticised were saying about him.

Joe spoke to Punch correspondent at her residence in Lagos.

Yinka, a vocal activist and columnist, died at LASUTH on Saturday from Covid-19 complications. 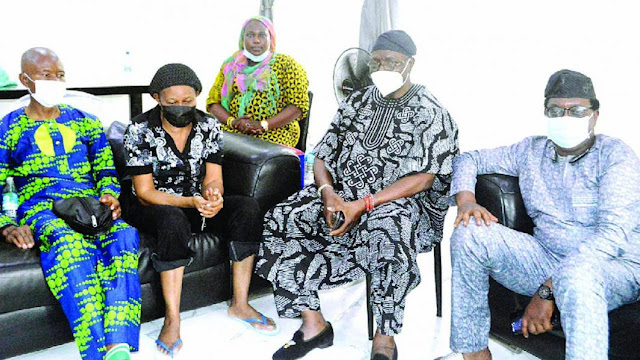 His wife told The Punch that he was recovering and had asked for his phones and gadgets before he relapsed and died.

She said, “It all started on March 8 when he said he had a series of meetings and appointments to make. But he went to see his physiotherapist and discovered that his oxygen level had dropped.

“After the doctor attended to him, it was discovered that he had COVID-19 and was transferred to the isolation centre at the Lagos State University Teaching Hospital, Ikeja.

“The next day, his oxygen level dropped a bit more and we had to move to the Mainland General Hospital, Yaba. He was put on a ventilator at the hospital. After a few days, he tested negative.

“So, he was moved to the LASUTH Intensive Care Unit. While at the ICU, his kidney, liver and other body parts were okay. The issue was respiratory; he had problems with breathing, which they said was due to his lungs which were affected in the aftermath of the infection.

“I did not share these details because I wanted him to tell the story of his survival, which would have been sweeter, and I was looking forward to that. I never believed that he would die. It’s so difficult for me to use past tense for him after being together for 24 years.

“All of a sudden, I got the news from someone in the US (who sent a WhatsApp message) and I thought that the person did not know what he was saying because I was looking forward to reuniting with him. He (Yinka) had also asked after his son after he regained consciousness. He told me that the first thing he wanted immediately he came out was his Ipad and two phones, and I had them in the vehicle. When I heard that the worst had happened, I was in shock.

“The people with me were telling me that I should not go to see his body, but I refused. I moved in and saw his face was covered; I removed the cloth. I was given gloves. I started saying a lot of things to him, but he did not respond. That was when I knew that comrade was gone.”

President Buhari and a former Lagos governor, Bola Tinubu, who had been criticised by the late Yinka, were among dignitaries who paid tributes to his memory.

Joe said she wished her husband was alive to read what they said about him.

“It would have been soothing if Yinka was around to see this. At times, we need to celebrate people when they are around; even if they will critique what we have to say and refer to what they had written and said about us. People are following the trend of events and they will be the best judge,” she added.