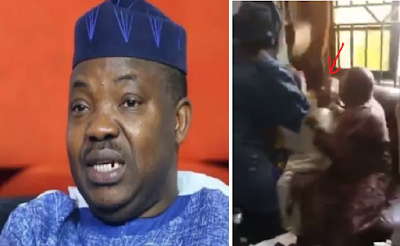 This is the very heartbroken moment the news of the death of Afenifere’s spokesman, Yinka Odumakin was told to his aged father.

Before the news was told, comforting words were said to him and then he was informed.

He kept asking ”which Yinka, Which Yinka” in Yoruba language before he almost collapsed on his seat.

Watch the very heartbreaking video below….