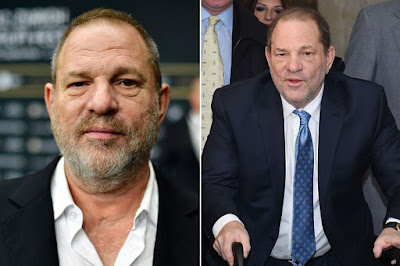 Harvey Weinstein’s legal team have filed an appeal on his r3pe and s3x crimes conviction, saying that the film producer had an unfair trial.

The documents filed in Manhattan claim that the judge who was in charge of the 2020 trial allowed too much testimony about the disgraced personalities reputation and character, The Wall Street Journal reports.

They are claiming that it was unfair and that is what led the jury to convict the Hollywood name – rather than the facts of the case.

According to the outlet, they claim that witnesses were used to “merely [depict] Weinstein as loathsome” during the proceedings.

It is no surprise that his legal team are appealing the conviction as they told that they were planning to do so shortly after the verdict came in following the trial in February, last year.