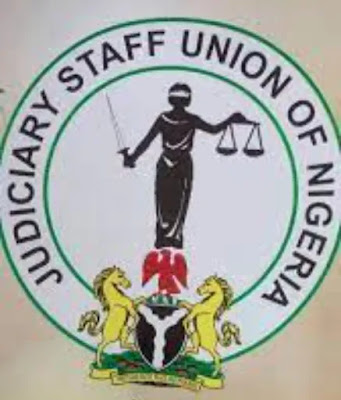 The Judiciary Staff Union of Nigeria (JUSUN) will hold a nationwide protest on April 19.

The workers who have been on strike since April 6, are demanding financial autonomy for the judiciary.

In a circular on Friday, JUSUN Deputy Secretary, P. Nnamani said the industrial action will continue until the government takes action.

He disclosed that the mass protest decision was agreed on at an emergency meeting of the National Working Committee (NWC) on April 15.

“The union will organise a peaceful protest in the Federal Capital, which will be replicated in the 36 state capital in furtherance of our agitations, from April 19, 2021.”

Nnamani told state chapters that in case there are invitations for negotiations, they should inform the national headquarters for guidelines and representation.

The directive, according to the official, would avoid “disorder in the presentation of facts.”