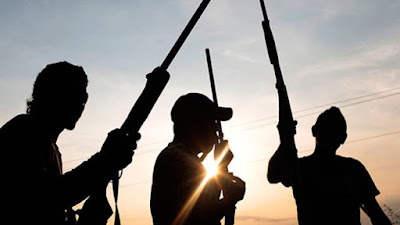 The Plateau Police Command has confirmed the killing of six persons by gunmen in Wereng community, Riyom Local Government Area of the state.

The Command’s Police Public Relations Officer (PPRO), ASP Ubah Ogaba, confirmed the incident in a statement on Friday in Jos.

According to Ogaba, the incident occurred on Thursday night at a drinking joint.

“The command is aware of the unfortunate attack at a beer parlour in Wereng Village of Riyom where six persons lost their lives.

“The Commissioner of Police, Mr Edward Egbuka, condemned the incident and had directed the Area Commander to relocate to the community.

“More personnel have been deployed to ensure that normalcy is restored and to avert further breakdown of law and order in the village,” he said

He said the command had commenced investigation to unravel the circumstances behind the attack and to also bring the perpetrators to book.

He called on residents of the community to be law-abiding and provide any information that could lead to the arrest of the criminals to security agencies.