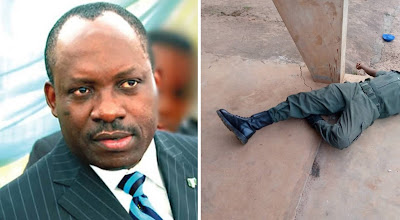 Gunmen have attacked Prof. Charles Soludo, former governor of the Central Bank of Nigeria (CBN) who has indicated interest in the November 6 governorship election in Anambra State.

Daily Trust gathered that he was attacked in Isuofia, where he hails from in Aguata Local Government Area of Anambra.

Three policemen among the security aides attached to Soludo were shot dead in the attack.

Witnesses told Daily Trust that the gunmen disrupted an interactive session between some youths and Soludo at a civic centre in the town. 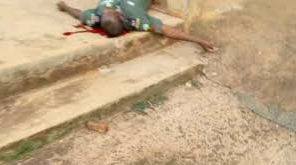 The National Secretary of All Soludo Support Groups and the Convener of Youths Earnestly Seek Soludo (YEES), Dr. Nelson Obinna Omenugha, said the state Commissioner for Public Utilities, Engineer Emeka Ezenwanne, was abducted by the gunmen.

DSP Ikenga Tochukwu, Police Public Relations Officer in the State, confirmed the attack but did not go into details. 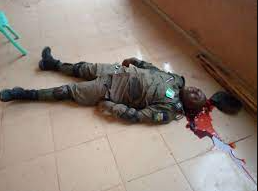 Priest, 17 others killed as bandits go berserk in Ebonyi State