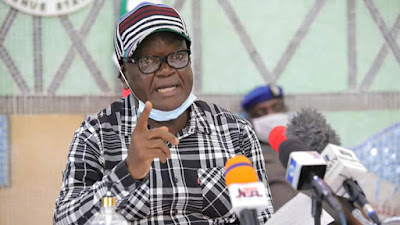 Governor Samuel Ortom on Saturday said herdsmen attacked him on his farm near Tyo-mu, along Makurdi-Gboko Highway.

Mr Ortom said during a press briefing at the Benue Peoples House in Makurdi shortly after the attack that he was inspecting the farm when herders ambushed him and his security personnel, opening heavy fire.

The governor quickly linked the attack to the anti-open grazing policy of the state, saying a law that was adopted in 2018 against nomadic grazing will not be repealed because it has been popular amongst residents.

Last month, authorities in Benue impounded 210 cows from Fulani herders who had violated the state Open Grazing Prohibition and Ranches Establishment Law of 2017. The cattle were later released after owners reportedly paid N5 million in fines.