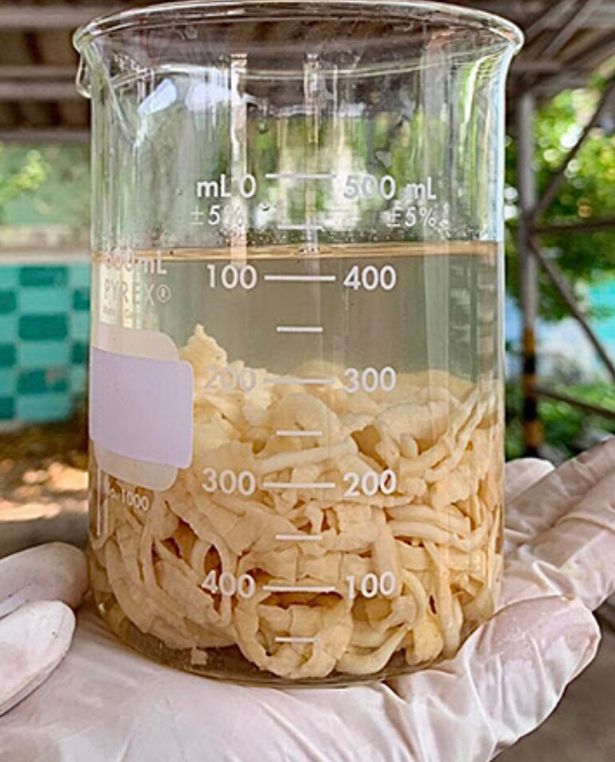 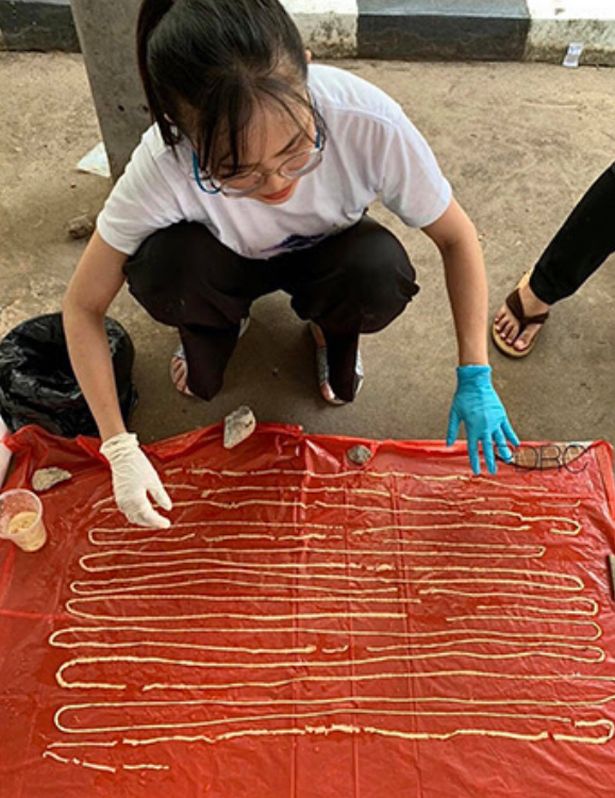 A man complaining of tummy pains has had a staggering 59ft long tapeworm removed from his bottom – the longest recorded in Thailand for 50 years.

The 67-year-old patient, from Nong Khai province, said he had suffered “flatulence” since the beginning of March and went to a hospital where the doctor took a stool sample for testing.

The results showed it contained 28 infective larvae which the doctors believed came from infected and uncooked beef.

They prescribed medication to the patient before the giant parasite oozed out of his bottom the next day on March 20.

Then they use a pair of forceps to unfurl the parasite and lay it onto a red plastic mat.

It measured just over 18 metres (59ft) in length, making it the longest tapeworm seen in Thailand in the last 50 years.

A spokesman for the Parasitic Disease Research Centre said: “A Taenia saginata bovine tapeworm more than 18 metres long was obtained from a patient whose sample was sent to the centre.

“He was given the deworming medication before bedtime and in the morning this long worm came out of his bottom. It was very big and took us a while to lay it all out on the ground.”

The man was given medication and he was warned to change his eating habits.

Dr Schawanya Rattanapitoon, who led the team, said: “Transmission is caused by eating raw beef. These parasites can live in humans for more than 30 years.

“However, currently, they do not survive very long because better medication is available.

‘We have suggested that the patient’s family also have medical tests to find out whether they had parasites as they are also at risk. We warned them not to continue consuming raw meat as that is one of the main causes of having parasites in the body.’

Taenia saginata, usually known as the beef tapeworm, is a type of parasite that can live in the human gut for up to 30 years.

Humans can be infected when they eat raw or undercooked beef which contains the infective larvae.

Talented Upcoming Singer Breaks Down in Tears on Hitz 103.9 FM