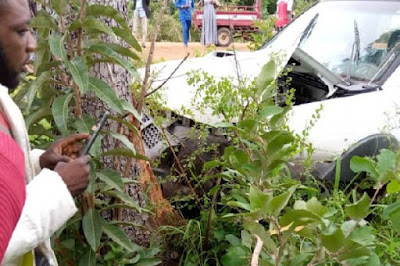 A Ghanaian woman has reportedly been involved in a fatal accident after speeding to catch her “cheating” spouse.

Reports state that the lady had been told that her husband had picked up a woman with whom he is s3xually involved with.

She was therefore in a rush to catch her husband with the alleged mistress but unfortunately met her death.

A journalist, Mabel Aku Baneseh, broke the news on her Facebook page.

She wrote: “A woman died on the motorway. She was going to Tema to verify claims there was a woman in her hubby’s car. She never got there to even know whether or not the said woman was her hubby’s cousin, co-worker or mere friend. Don’t allow lies to lead you to your grave” She posted on Facebook.

The news has received mixed reactions.