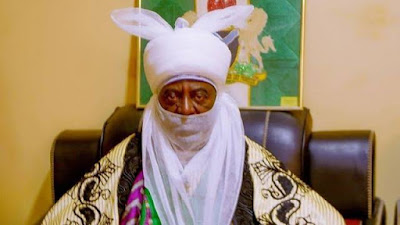 Fresh crisis rocks Kano Emirate Council as anti-corruption commission investigates fraud in a land sale that could go all the way up to the new emir.

Barely a year after he ascended the throne, Emir Aminu Ado Bayero of Kano is facing a similar corruption probe that shook the reign of his predecessor, Muhammadu Sanusi II.

This time, it is the sale of 22 hectares of land at Gandun Sarki, Dorayi Karama, in Gwale Local Government Area of the state and diverting the money into private royal pockets that have landed the Kano royals in hot waters.

Two court orders on March 31 and April 1 show that Kano State’s Public Complaints and Anti-Corruption Commission (PCACC), the same commission that had hounded Emir Bayero’s predecessor, Sanusi II, is investigating the emirate council under Emir Bayero for the transaction.

The first ex-parte order restrained Muhyi Magaji Rimingado (the chairman of PCACC), the Kano State Commissioner of Police and the Assistant Inspector General of Police (Zone 1) from “destroying construction work on the property and from further interfering by any means with the applicant’s peaceful possession of the property situated at Dorayi Karama (Gandun Sarki) subject matter of this suit pending the determination of the motion on notice.”

The applicant for this order, Alhaji Yusuf Shuaibu Aliyu, the buyer of the said property from the Kano Emirate Council, also got the court to restrain the three respondents from harassing him and interfering in his “possession” of the real estate.

“We know they targeted the Easter break declared for Friday and Monday to be able to carry out significant work on the property before we can get the court to vacate the order,” a source in the legal department of PCACC told Daily Trust.

The PCACC rushed to the same court presided over by Justice Usman Mallam Na’Abba of the Kano State High Court, sitting at Miller Road complex, and got the court to grant another ex-parte application, this time in favour of the PCACC chairman, who lawyers opined should not have been sued personally in the first instance as he was only an official of the PCACC.

“That after review of the affidavit in support, further to the interim order made by this court dated 31/03/2021, the court hereby orders that the parties maintain status quo pending the hearing of the motion on notice fixed for hearing on 12/4/2021”, the judge ruled.