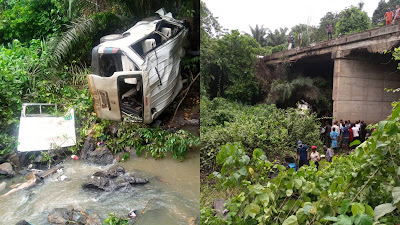 Five people, including a newly wedded man, on Sunday lost their lives in a lone accident involving a commercial bus that occured in Ondo State.

Unspecified number of people were said to have sustained varying degree of injuries. The accident occurred at Owena axis, Apomu village, Ondo State.

The ill-fated commercial bus which was heading to Akure, the state capital from Lagos State, plunged into the rocky Owena river which was about 10 kilometers to Akure.

The driver of the 18-seater bus with registration number AAA 859 XC lost control of the vehicle while on top speed. It was also raining when the accident happened.

As at press time, only four bodies had been pulled out of the wrecked vehicle, while the men of the Federal Road Safety Corps, FRSC, and some good samaritans were still trying to pull the remaining bodies. 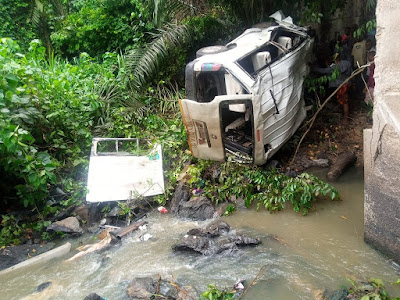 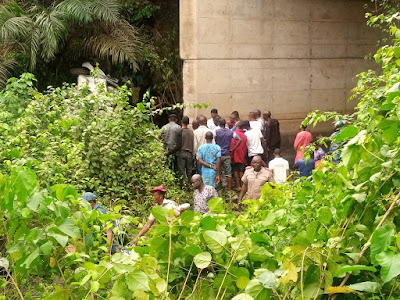 According to eyewitnesses at the scene of the accident which caused huge traffic snarl, the victims of the ill-fated bus could not get help until about one hour before the accident was discovered.

Among the deceased was a newly wedded man simply identified as Dewale.

The couple were said to have embarked on the journey to Akure for their traditional wedding.

When contacted, the spokesman for the FRSC in the state, Abiola Fadumo, said rescue operation was still going on at the scene of the auto crash.

According to him, the Corps sent in rescue team from Ondo town Unit Command and Zebra Unit in Akure.

Fadumo added that the injured passengers had been taken to the State Specialist Hospital in Akure for treatment.