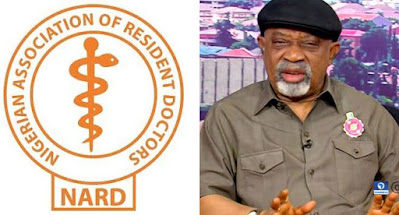 The Federal Government is set to meet with the leadership of the National Association of Resident Doctors to avoid the looming strike the medical professionals are set to embark upon.

Medical doctors in the country have previously threatened to begin strike action on Thursday, as FG plans to halt the plan ahead of then.

The doctors called the strike “a total and indefinite strike” as the government continues to refuse its demands.

Minister of Labour and Employment, Chris Ngige and the spokesman for the ministry, Mr. Charles Akpan, disclosed this in separate interviews.

Ahead of the planned meeting between the FG and the NARD, previous meeting has been held between the Ministry of Health and Ministry of Labour and Employment and members of the Committee of Chief Medical Directors and a team of the Medical and Dental Council of Nigeria to avert the strike.

“I was in a meeting with the government’s side, the Ministry of Health, the Committee of CMDs and the Registrar of Medical and Dental Council of Nigeria. Ngige said.

“We are meeting with NARD leadership Wednesday. A lot of things have been put in motion to address their concerns.

NARD President, Dr. Uyilawa Okhuaihesuyi, on the other hand, said “NARD and her members had at each time in the spirit of patriotism, shown uncommon understanding and extreme patience in the face of poor working conditions.

He disclosed that they have received letters of invitation from the Senate Committee on Health chairman and the Honourable Minister for Labour.

Dr. Okhuaihesuyi said, “NARD would be attending this scheduled meeting on finding a way forward.”