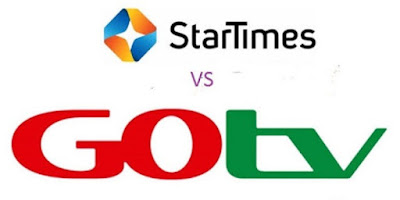 The Federal Government of Nigeria said it has directed two PayTv platforms – GoTv and Startimes – to migrate their signals from self-carrying to any of the two licensed FreeTv signal distributors.

The Minister of Information and Culture, Alhaji Lai Mohammed, who disclosed this on Thursday in Abuja, said the directive was in line with the Digital Switch Over (DSO) process.

DSO is the process of transiting from analog to digital terrestrial broadcasting and the country has set April 29 for the resumption of the roll-out of the second phase in the remaining 31 states.

The first phase of the rollout had covered the Federal Capital Territory and the five states of Plateau, Kaduna, Kwara, Osun and Enugu.

According to the minister, the laws of the land recognises a single frequency network that is being operated by two licensed signal distributors – Integrated Television Services (ITS) and Pinnacle Communications.

He said the two PayTv – Startimes and GoTv – which are currently carrying their respective signals, are in the negation of the law and must migrate to any of the licensed signal distributors of their choice.

“We have directed National Broadcasting Commission (NBC) to ask Gotv and Startimes to go to either Pinnacle of ITS.

“They cannot carry their signals and that is the only way the licensed signal distributors can survive,’’ he said.