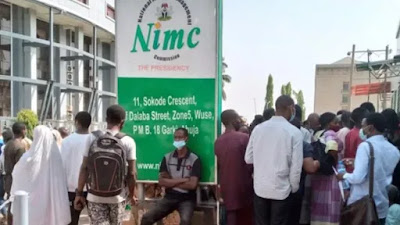 The Federal Government has extended the National Identity Number, NIN-Sim linkage by one month.

According to the statement, the Minister of Communications and Digital Economy, Dr Isa Ali Pantami, chaired a meeting of the Ministerial Task Force on the NIN-SIM data linkage on Thursday where the decision was reached.

The meeting was attended by key stakeholders, including the EVC/CEO of NCC, DG/CEO of the National Identity Management Commission (NIMC), among other stakeholders of the ministry and telecom industry.

The approval was given to extend the period of the NIN-SIM linkage to the 6th of May, 2021 after request for extension was endorsed by President Muhammadu Buhari.

“The current number of monthly enrolments has increased significantly to about 2.6 million registrations. There has also been a remarkable increase in the number of enrolment centres across the country with about 3,800 centres available for enrolments. There are also many more new centres in the pipeline,” the statement disclosed.

The Minister thanked Nigerians for being patienct and for complying with the government’s directive on the NIN-SIM registration exercise.

Pantami said that the government was committed to taking decisions aimed at easing the pains of Nigerians with regard to issues related to NIN and SIM registration.