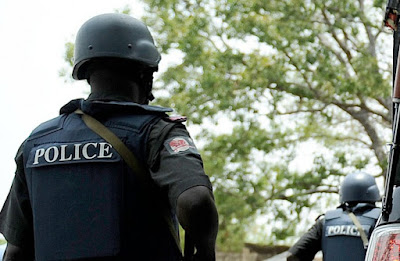 Kano State Police Command on Wednesday says it has arrested a father, one Awaisu Auwalu, 40 years old who beats up his 19 years old son, Auwalu Awaisu to death over alleged theft.

The police said Awaisu used a stick to beat up his son who died days after he was rushed to the hospital.

The Police Public Relations Officer DSP Abdullahi Haruna who confirmed this to newsmen said the father alleged that he beat up his son for series of theft from his provision store.

According to him, “On the 27th March 2021 at about 1700hrs, information received revealed that one Awaisu Auwalu, ‘m’ 40 years old, of Samegu Quarters Kano, used a stick and beat his Son, one Auwalu Awaisu, ‘m’ 19 years old.

“Upon receipt, the victim was removed from the scene and rushed to Murtala Mohammed Specialist Hospital Kano.

He died on the 29th March 2021 at about 0600hrs while receiving treatment. “On Investigation, the father confessed to having used a stick and flogged his son.

He alleged that the deceased made series of Theft from his provision store.

“However, the Commissioner of Police, Kano State Command, CP Sama’ila Shu’aibu Dikko ordered that the case be transferred to the Command’s Criminal Investigation Department, Homicide Section for discreet investigation.

“Suspect (the father) will be charged to court upon completion of the investigation,” DSP Haruna however stated.