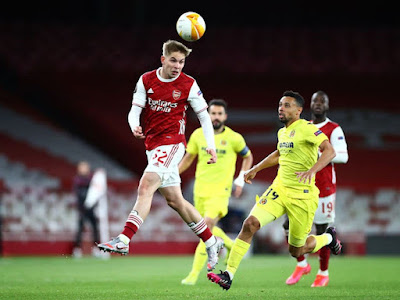 This year’s Europa League final will be played between Villarreal and Manchester United.

Villarreal progressed with a 2-1 aggregate win over Arsenal.

The LaLiga side, now coached by former Gunners boss Unai Emery, came to London with the 2-1 win in Spain and played out a 0-0 draw at the Emirates.

Although captain Pierre-Emerick Aubameyang struck the post twice, Mikel Arteta’s men could not score the crucial goal that would have seen them qualify.

Manchester United lost 3-2 to Roma in Italy, but already made sure of their progress, thanks to a 6-2 win at Old Trafford.

The final will be played May 26 in Gdansk.