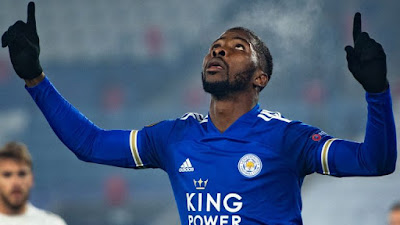 Leicester City forward Kelechi Iheanacho has once again been nominated for the English Premier League Player of The Month award.

Due to his impressive form in 2021, Brendan Rogers started Iheanacho in all his side’s five EPL matches last month, with The Foxes winning two, drew one and lost two to earn seven points from a possible 15.

The Foxes No.14 scored a total of four goals and grabbed another two assists in the month under review. Iheanacho scored a brace in his side 3-2 loss to West Ham United, and was also on target in back-to-back matches against West Brom and Crystal Palace.

With his four goals and two assists against Crystal Palace and Southampton, Iheanacho contributed to 75 per cent of the goals scored by Leicester City last month.

Should Iheanacho win the award, he will join former West Brom striker Peter Odemwingie as the second Nigerian to claim the title twice in the same season.