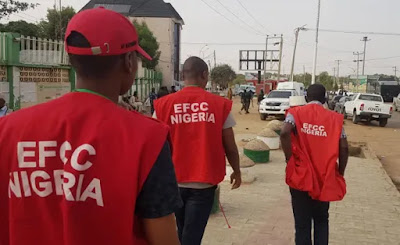 The Economic and Financial Crimes Commission has arrested 18 suspected internet fraudsters at a hideout in Gwarimpa and Dawaki Extension, Abuja.

The arrest was sequel to credible intelligence obtained by the Commission on their alleged criminal activities.

Colloquium: I chose Kano to prove Yoruba, Fulani are one —Tinubu