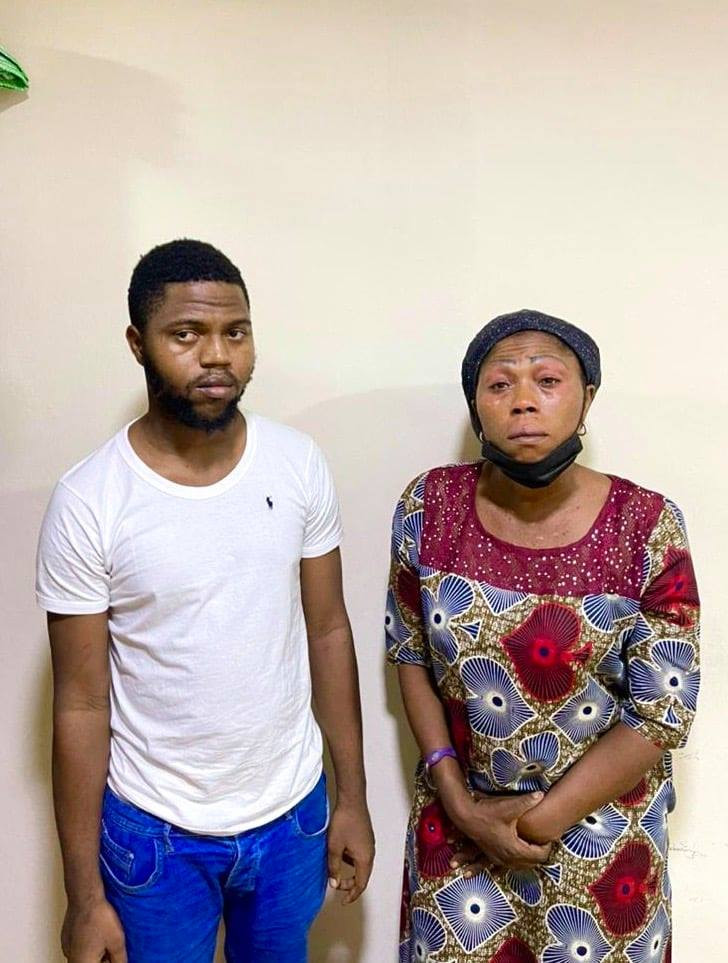 The Lagos Zonal Office of the Economic and Financial Crimes Commission, (EFCC), have arrested Ibeh Theophilus Uche, Chief Executive Officer, CEO, 10 Kobo Wine Place, Ikotun, Lagos alongside his mother for their alleged involvement in computer-related fraud to the tune of about N50million in Lagos.

The 28-year-old suspect was arrested in his room in Radisson Blu Anchorage Hotel, Victoria Island, Lagos, following reports about his criminal activities. Uche, who has used aliases like Rachael Armstrong, Keanu Reeves, Rebekah Schwarzenegger, Keanu Private, Elizabeth Hortman and Stefan Paulson, confessed to being into Bitcoin investment scam, romance scam and identity theft, confessing to have defrauded his victims to the tune of about N50m, since he started his criminal activities last year.

Investigations revealed that he had been using a First Bank account belonging to his mother, an accomplice; to launder the proceeds of his alleged criminal activities.

Items recovered include one iPhone 11 Pro Max; iPhone 12 pro max; two MacBook Pro laptops; a PlayStation 5; an iPad and a small Nokia phone. Others are a Mercedes Benz S550 2015 Sedan car and a Lexus RX 350 SUV 2016, among other incriminating items. EFCC Spokesperson, Wilson Uwujaren said he would soon be charged to court.