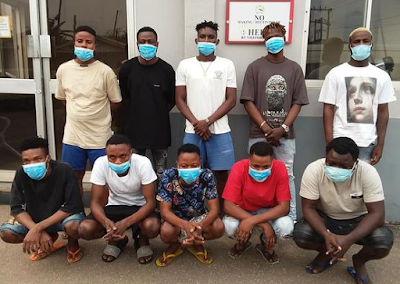 Ten suspected internet fraudsters have been arrested by operatives of the Economic and Financial Crimes Commission in Akure, Ondo State.

The EFCC said in a statement by its Head of Media and Publicity, Wilson Uwujaren, that eight exotic cars, laptops, phones, documents and identity cards were recovered from the suspects.

Uwujaren disclosed that the suspects had made statements to the agency and would be charged as soon as investigation was completed.