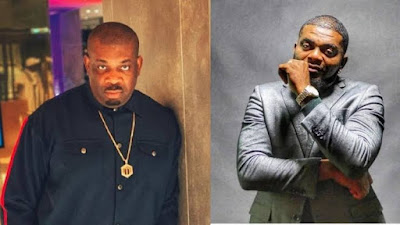 Nigerian singer, Kelly Handsome has called out Mavin CEO, Don Jazzy for arresting and intimidating him.

Kelly Handsome on his Instagram page said Don Jazzy had him arrested by SARS and moved from Kano to Abuja with handcuffs.

He also accused the Mavin CEO of intimidating him.

He made this known while reacting to Don Jazzy’s recent interview with Ebuka Obi-Uchendu.

Kelly Handsome, however, did not give details of the reason for his arrest.

His post read: “Did he also state why he and his girlfriend arrested me with SARS and moved me from Kano to Abuja in handcuffs?

“No he won’t say that part but it happened. Did he say why he sent his dogs to intimidate me?