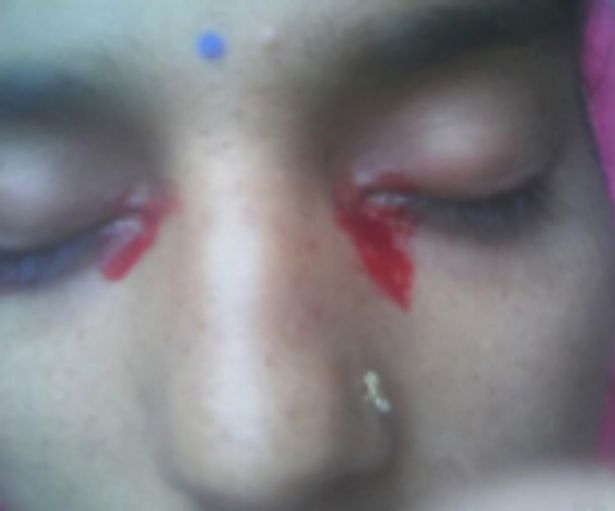 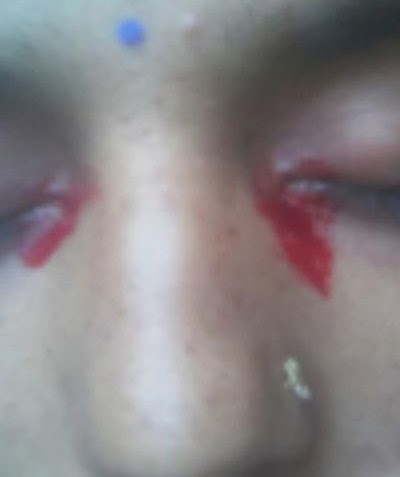 Doctors were left stunned when a housewife on her period started crying tears of blood in an extremely rare medical anomaly.

The 25-year-old woman from Chandigarh, India, was diagnosed with haemolacria after seeking help for the condition at the city’s Post-Graduate Institute of Medical Education and Research.

Haemolacria is a physical condition that causes a person to produce tears that are partially composed of blood.

The condition has been famous in movies such as Casino Royale with the James Bond villain, Le Chiffre, who wept blood from a damaged vessel in his left eye.

Dr Soumitra Ghosh, who documented the case in a new study, said: “Haemolacria means bloody tears. Patients will have blood coming out from one or both eyes.

“Blood coming out with tears is a very alarming clinical entity both for the patient and physician. If you see blood coming out from the eyes, you can imagine how scary a situation it is.”

“Haemolacria is a rare clinical condition. It has multiple causes. One of the causes is vicarious menstruation.

“Vicarious menstruation is defined as cyclical bleeding in other extrauterine organs like the nose, eyes, ears, intestine, lungs, nipples and skin.

“Haemolacria due to vicarious menstruation is very, very rare. Only a few cases have been reported in the medical literature so far.”

The exact cause of the condition is uncertain, but doctors think the fact that the patient was menstruating at the time could be important.

Dr Gosh explained how the condition appears to be the eyes’ blood vessels responding to hormonal changes in the body.

He continued: “Certain ocular and orbital tissues are seen to be hormonally responsive.

“Oestrogen and progesterone can increase the permeability of the capillaries resulting in hyperemia, congestion and secondary bleeding from extrauterine tissue.”