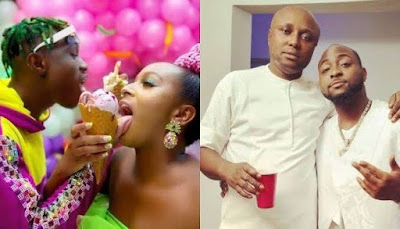 Singer and disc jockey DJ Cuppy has announced discontinuation of her libel and defamation suit against an aide of music superstar Davido, Israel Afeare.

The 28-year-old announced this in a tweet on Friday.

She also advised other social media users to be sure of their facts before lending their voice on any topic.

She wrote: “Following the public apology of Isreal Afeare, I have decided to no longer proceed with the lawsuit and have instructed my lawyers accordingly.

“As social media users, I hope we can all learn from this, and ensure that we have valid facts before we speak on matters.”

Afeare had accused DJ Cuppy of owing her colleague Zlatan Ibile money from their 2019 song ‘Gelato’ following Zlatan’s denial that he didn’t know who Cuppy was during a live interview on SWITCH.

Cuppy’s lawyers demanded a public apology to drop the suit against Afeare, which he did. 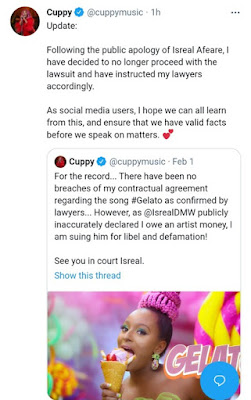