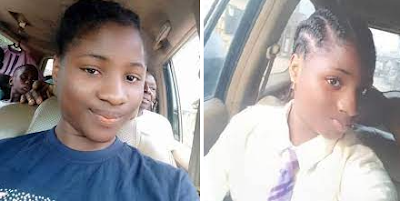 Treasure was last seen on April 30 when she left for her school on Jakpa Road, Effurun, but has since not returned home.

She is 4.5 feet tall, fair in complexion, has no tribal marks and speaks English and Urhobo languages fluently.

“All efforts made to know her whereabouts had proved abortive,’’ acting police spokesman in Delta, DSP Edafe Bright, told newsmen in Warri.

DSP Bright urged anyone with useful information on the whereabouts of the teenager to report to Ekpan Police Division, PPRO’s Office in Asaba or the nearest police station.