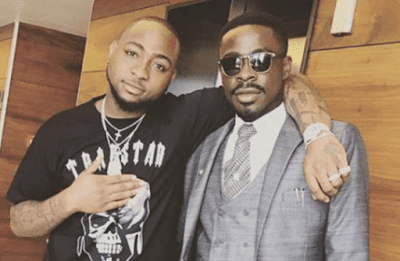 Davido’s longtime lawyer, Bobo Ajudua has reacted to the news that the singer stole his Jowo song.

Recall there has been controversy over who wrote the Jowo song.

The controversy was started by a fan who claimed Victor AD told him he wrote the song and Davido stole it.

“As far as I know, Jowo was performed by Davido, written by David Adeleke & Oladeinde Okubajo aka @Davido & @Deindeofficial and prod by Jerry Jethro & Peter A. Kehinde Emmanuel aka Napji & Majicboi. That’s as far as I know. Don’t shoot me I’m just the guy that did the paperwork :)”.