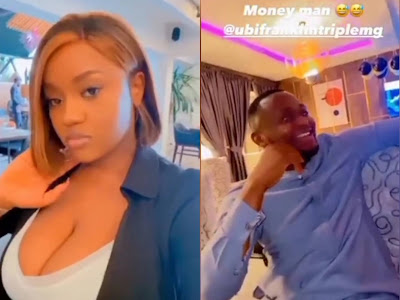 Davido’s fiancée, Chioma Avril Rowland, also known as Mama Ifeanyi or the Chefchi, has been spotted on a date with a talent manager and Special Adviser to Cross River Governor on tourism, Ubi Ekapong Ofem, popularly known as Ubi Franklin.

Amid rumour of her split from the 30GB boss, Chioma was seen in the company of her friend, Nayomee having a good time out with Ubi Franklin who got divorced from his wife, Lilian Esoro, a Nollywood actress, in 2020.

“People are going to Mars and we are here wasting time on hair discussion” – Education Minister Dr. Adutwum on Achimota school brouhaha