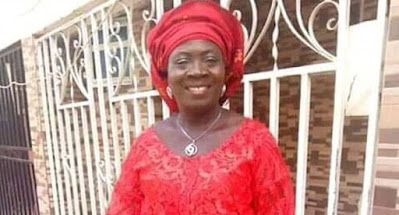 A High Court sitting in Kogi on Tuesday sentenced a man, Ocholi Edicha, to prison for the murder of PDP woman leader’s, Salome Abuh.

The court presided over by Justice Ajayi, found Mr Edicha guilty of the offences. He was sentenced to 12 and half years imprisonment by the court.

Mrs Abuh was burnt alive at her home in Kogi state on November 18, 2019, in the aftermath of the state gubernatorial election. She was buried by her family on December 7, 2019.

The Kogi police command later arrested six suspects in connection with the incident, but Mr Edicha was found guilty of committing the crime by the court.

Mr Edicha was arraigned before the court on the offences of criminal conspiracy, armed robbery, mischief by fire and culpable homicide.

While delivering the judgement, Justice Ajayi relied on the evidence and testimonies provided by the prosecution and police at the trial.

Though the convict denied making a statement to the Police but accepted some aspect of the statement.

Lawyers from the state’s justice ministry and the Solicitor General’s office however disagreed with the judgement, describing the courts’ punishment as being not enough for the murder. They vowed to challenge the Court’s ruling.