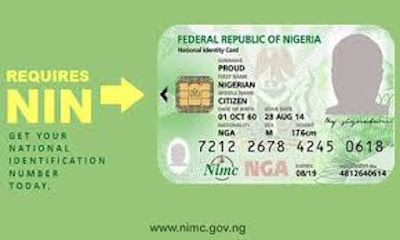 A Lagos Federal High Court has ordered extension of the deadline to link national identification number (NIN) with SIM by two months.

Justice Maureen Onyetenu ordered the extension while delivering a ruling in a suit filed by Monday Ubani, former vice-president of the Nigerian Bar Association (NBA).

In December 2020, Ubani filed a suit against the Federal Government, Attorney-General of the Federation, Nigerian Communications Commission, and Minister of Communication and Digital Economy over the initial deadline of December 30 2020 set for the NIN-SIM registration.

The human rights lawyer had argued the initial two-week — December 16 to December 30, 2020 — deadline issued by the federal government to telecommunication operators for NIN registration will infringe on the fundamental human rights of Nigerians and expose them to COVID-19.

“That the two weeks (16th December to 30th December 2020) ultimatum given to telecommunications operators by the 1st, 3rd and 4th Respondents to block all Subscriber Identification Modules (SIM) cards that are not registered with National Identity Number (NIN), is grossly inadequate and will not only work severe hardship,” the suit said.

However, the Federal Government had extended the deadline to January 19, 2021 for subscribers with NIN to link it with their SIM, and February 9, 2021, for those without NIN, and now April 6.

The ruling on Tuesday granted all the prayers of Ubani and ordered a two-month extension effective from March 23.

I forgive everyone who hurt me – Apostle Suleman

With all the arable land Ghana has, we still import food because there’s no plan – John Dumelo shades the gov’t