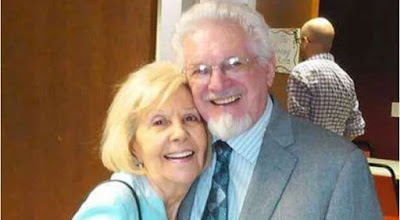 A Florida couple, Pastors Bill and Esther Ilnisky, who spent decades as missionaries and ministers died of COVID-19, 15 minutes apart in the same hospital.

The Ilniskys were married almost 67 years when they died recently at a Palm Beach County hospice, according to a report by AP.

Their daughter said while she misses them, she is consoled by the fact that they died together.

The Ilniskys spent 10 years in Jamaica and seven in Lebanon as Christian missionaries.

They then moved to West Palm Beach in the 1970s and spent four decades running an Assemblies of God church there.

Newton Gabbidon of Intercessory Prayer Ministry International (IPMI), also in Florida, in a tribute for the couple, described them as great partners and friends.

He said they were for many years pastors of the Lighthouse Christian Center (formerly Calvary Temple Assembly of God) in West Palm Beach, Florida.

“A pioneer and veteran in the global prayer movement for over fifty years with a heart and a passion for revival, ESTHER was the founder of the Esther Network International Children’s Global Prayer Movement and author of Let the Children Pray.

“Her vision was to mobilize children worldwide to pray for revival in their generation.

“Pastor William (Bill) Ilnisky, for many years produced the popular Daily Devotion which is published on IPMI’S website.

“The church has lost two truly great warriors, who ran well the race that God had set before them”, Gabbidon said.

BBNaija's Ozo celebrates his mum as she turns 55 today