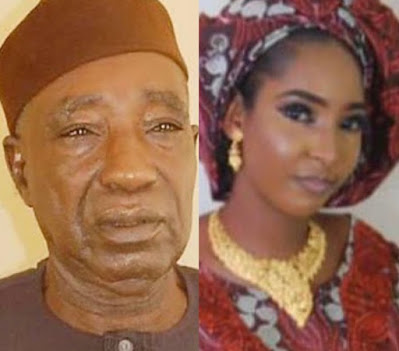 The secret wedding happened on Saturday in Jere town of Kaduna State, with few people as witnesses, reported Daily Nigerian.

The young wife, identified as Rakiya, has just left school and has already settled in the minister’s Tamandu Close residence in Kano.

The newspaper said Nanono’s family kicked against the wedding on account of the 56 year-gap between them.

Little is known about Nanono’s family.

But according to his biography published by his ministry, he is married and has many children.

He was born in Tofai, Gabasawa Local government area of Kano State on 11 April 1946.

He is now the village head of Tofai.

He attended Zakirai and Gwarzo primary schools, Birnin kudu Secondary school, Government College Kano from there he proceeded to Ahmadu Bello University, Zaria where he obtained Bachelor Degree in Business Administration in 1972.

In 1977, he obtained his Master’s Degree in public policy and Administration from the University of Wisconsin, Madison USA.

He was a University lecturer, civil servant, a banker who rose to the position of Managing Director of African International Bank