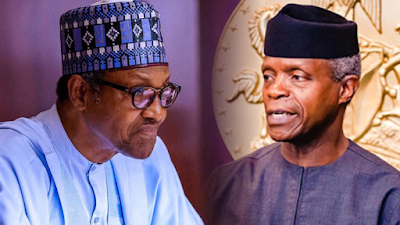 President Muhammadu Buhari on Wednesday sparked yet another round of controversy over his foreign trips, failing to hand over power to his vice president.

The President departed for London on a medical vacation

Many Nigerians expected the president to relinquish presidential authority to Yemi Osinbajo, but this was not so.

Presidential media aide Garba Shehu said it was “not warranted” for Mr Buhari to transmit power even though his principal travelled to the UK for medical reasons.

“He (Buhari) will continue from wherever he is,” Mr Shehu said during an appearance on Channels Tuesday. “The requirement of the law is that the president is going to be absent in the country for 21 days and more, then that transmission is warranted. In this particular instance, it is not warranted.”

Mr Shehu maintained that no laws were broken by not transferring temporary powers to Mr Osinbajo in the president’s absence, adding that Mr Buhari is expected back in the country in the second week of April.

He insisted that the president was not sick, rather he only travelled to the UK as part of routine medical care.