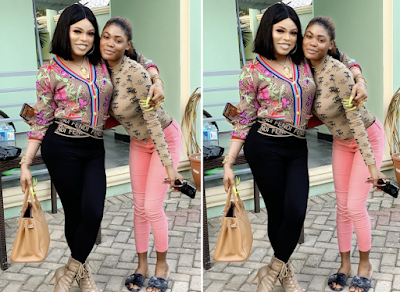 Nigerian crossdresser, Idris Okuneye widely known as Bobrisky has introduced his adopted daughter to his fans.

He made the introduction on his Instagram page saying he flew her into the country just so he could help her.

Bob called Oye his adopted daughter and says he wants people to know that he does not only help Nigerians but help people from all over the world.

Oye is also from another African country.

“My daughter. I don’t know her from nowhere but I flew her down to Nigeria @oye.kyme to change her life . So don’t think I only help Nigerians. I help across d world”, he wrote. 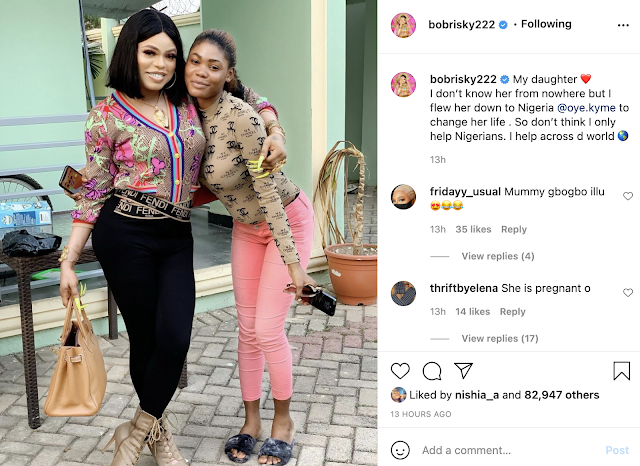