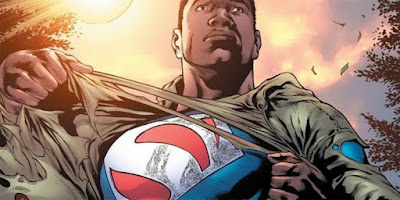 A black actor will take the lead role for the first time in the next Superman movie; which will also have a black director and scriptwriter in the crew.

However, there have been no announcements concerning the black star actor and director that will feature in the movie, DailyMail reports.

However, Ta-Nehisi Coates, who expanded the world of Wakanda for Marvel comics will be the scriptwriter for the Black superman movie. By December, Coates is expected to turn in the script to Warner Bros production house.

Although this is the first time a black actor will star in the superman movie, it is not a new development in the comic world.

In the 2009 Series Final Crisis 7 of the Superman DC Comics, a black superman was introduced as a character called Calvin Ellis, who was said to have come from another universe. That character was from a universe called “Earth 23” where his civilian identity was the president of the United States.

According to the comic book writer, Grant Morrison, the character was inspired by Barack Obama.

However, there is no proof that this same version of Superman will appear on the big screens.

There have been rumours concerning the black star actor that will play the lead role in the next Superman movie. In 2019, there were rumours that Michael B. Jordan was involved in developing a black Superman movie for the big screen.

The actor, however, played down the rumour, stating that, “I’m flattered that people have me in that conversation. It’s definitely a compliment, but I’m just watching on this one.”

There are also speculations that the moviemakers may pick an unknown name for the new film, as they did in 2006 when Brandon Routh donned the cape for ‘Superman Returns’.