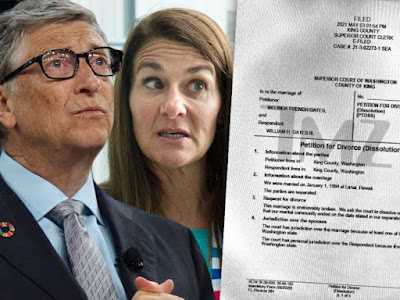 Bill Gates and Melinda, his wife of 27 years have already begun sharing of assets, with Bill transferring $1.8billion worth of stocks to her.

According to reports, the transfer was done the day they announced their divorce.

The transfer was like a deposit by Bill, as the divorced couple still have assets in billions of dollars to split.

Bill Gates, the Microsoft co-founder is the fourth richest man in the world with an estimated fortune of $130billion.

Melinda is expected to be the richest woman in the world at the end of the asset sharing.

The couple, to the shock of the world announced in a joint statement on Monday they were parting ways.

She said in court filings that the marriage was ‘irretrievably broken’.

The pair’s divorce settlement hasn’t been finalised in court but they have agreed on some of the terms of their separation, according to court filings.