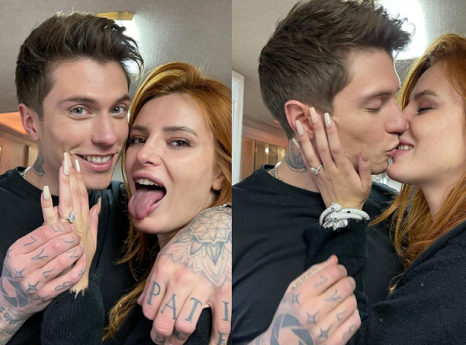 Thorne, a former Disney star, and Mascolo, who have been dating for two years, announced the news on their social media accounts Sunday.

Throne has a giddy smile in her Instagram stories as she shows the ring on her hand.

“I love you so much,” she says to Mascolo, who is holding the camera.

“A celebration in Italy and America both,” he says at the end of the frame.

Mascolo proposed on the set of a movie the pair is starring in together, he said.
“I wrote the love letter on the back of the script of our movie….” he wrote in his Instagram story. “At the end or the last scene, she was at the monitor watching with the director and .. surprise.”
The couple has been linked romantically since 2019 after Throne split with Mod Sun.