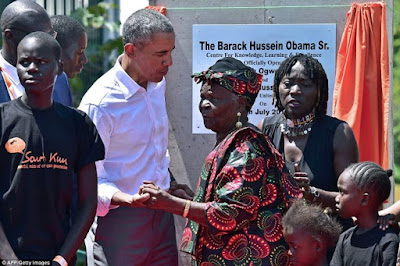 Former President Barack Obama has eulogised his late step grandmother, Sarah Obama who died in the early hours of today.

Obama who often refers to Sarah as his granny took to his Instagram page to mourn her death.

He shared a throwback picture he took with her in Kenya and wrote that he and his family mourn the loss of their beloved grandmother.

Obama wrote a bit about Sarah, disclosing that she was born in the first quarter of the last century, in Nyanza Province. 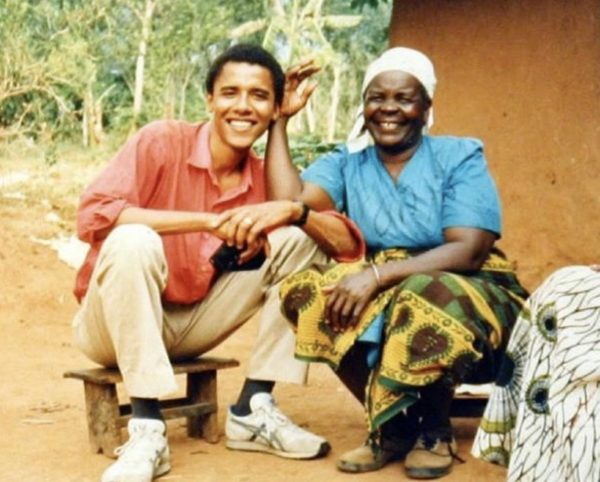 He noted that she had no formal education and was married off to a much older man while only a teen in the way of her tribe.

“She would spend the rest of her life in the tiny village of Alego, in a small home built of mud-and thatch brick and without electricity or indoor plumbing, he wrote.

“There she raised eight children, tended to her goats and chickens, grew an assortment of crops, and took what the family didn’t use to sell at the local open-air market.

“Although not his birth mother, Granny would raise my father as her own, and it was in part thanks to her love and encouragement that he was able to defy the odds and do well enough in school to get a scholarship to attend an American university.

When our family had difficulties, her homestead was a refuge for her children and grandchildren, and her presence was a constant, stabilising force.

The former US president revealed that when he first travelled to Kenya to learn more about his heritage and father, it was Sarah who served as a bridge to the past, and it was her stories that helped fill a void in his heart.

Obama expressed comfort in the fact that his grandmother lived long enough to witness global changes but most important, one of her grandsons got elected to the United States presidency.