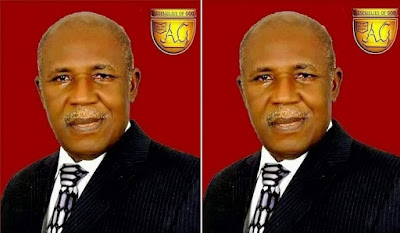 The late GS who led the church for 22 years as GS before his retirement in November 2010, died in the early hours of Thursday according to a source close to the church.

The source said the 79-year old preacher was hospitalized sometime last week following ill health but was later discharged from the hospital.

According to the source, the late cleric had his night devotion as usual on Wednesday night before going to bed but could not make it in the morning as he passed on later.

He is survived by his wife, Rev. Mrs Blessing Osueke, three children and many grandchildren.

Facebook is inundated with tributes and pictures of the late cleric by many of AG members and other sympathizers.