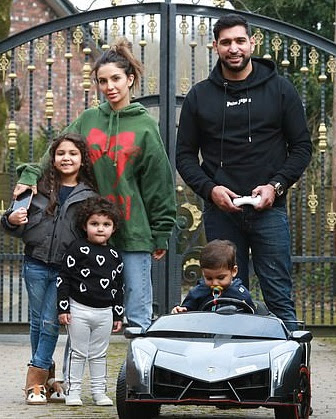 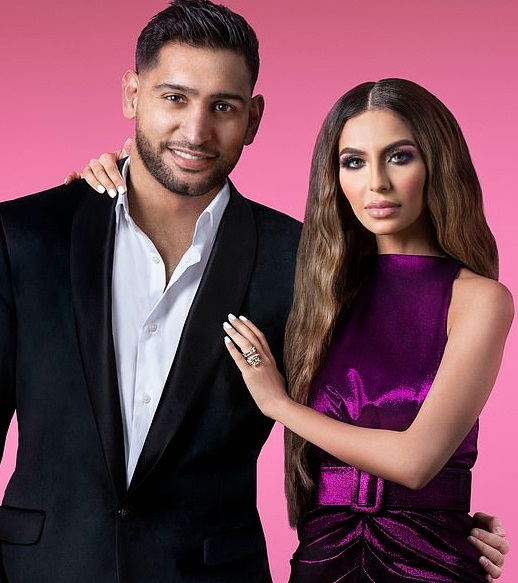 Faryal Makhdoom has revealed she vowed to make her marriage to Amir Khan work when she found out she was pregnant with their second child.

The couple’s relationship was plagued by cheating scandals in the past but the boxer has now insisted that he is a ‘changed man’.

The pair speak candidly about their marriage in a new eight-part BBC documentary series Meet The Khans: Big In Bolton.

According to The Sun, she said: ‘We’ve moved on. The past is the past, we were young, we grew up together – the bad and the good.

‘Amir was so famous and so young when I first started dating him and married him, and now it’s like… he’s an old man!’

Amir added: ‘It changes with time. When you have three kids, it changes your responsibilities. I’ve had that crazy life before, now I’m a changed man.’

Faryal said: ‘Everyone has ups and downs in their marriages, but Amir and I just want to look forward now and let the past be the past.’

The social media influencer vowed to make their marriage work when she learned she was pregnant with her second child.

The couple are parents to Lamaisah, six, Alayna, two, and one-year-old Muhammad.

Faryal explained: ‘Me being a young girl, I would feel kind of betrayed. My marriage did go into a really bad place where it was like, “That’s it, there is no turning back.”

‘But I found out I was pregnant with my second child, so she was like such a blessing, my little angel. I thought, “For my children’s sake, I’m going to make this work.”‘

Faryal has had to deal with cruel accusations that she is a ‘gold digger’ on social media in the past, which she admitted have hurt her.

Past allegations of Amir’s flings included claims that he cheated on his wife days after the arrival of their second child.

He was alleged to have bedded beautician Sophia Hammani, then 22, after she met him in a nightclub.

She believed Amir was divorced at the time of their one-night stand, and only saw that he was married when he shared a family photo to Instagram.

The sports star rejected the claims as ‘nonsense’ on Twitter at the time, saying she was simply a fan aggrieved when he wouldn’t pose for a photo.

Amir, who is worth £22.5 million, was also said to have been caught on celebrity dating app Raya not long after the cheating scandal.

Faryal added that Amir was at the height of his career in 2014, not long after they married, and she was unable to travel all over the world with him.

In the midst of the period where they were apart, Amir accused his wife of having an affair with fellow pro boxer Anthony Joshua, which he denied.

Appearing to explain their troubles, Faryal said in the series that her husband was never able to enjoy his youth because he was working so hard on his career and so never got it ‘out of his system’.

Faryal also candidly revealed on the show that she suffered with post-natal depression which was made worse by the interest in the couple’s private life.