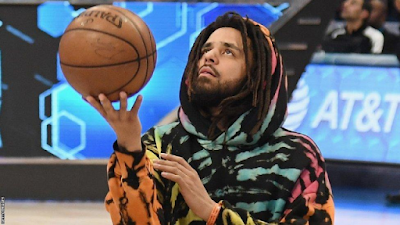 The Grammy-winning rapper, whose real name is Jermaine Lamarr Cole, is currently in quarantine in Rwanda ahead of the season opener on Sunday. Patriots will be facing Nigeria’s Rivers Hoopers, Tunisia’s US Monastir, and GNBC of Madagascar in Group A of the tournament.

Patriots’ head coach Alan Major told The New Times of Rwanda that J Cole will be part of his team.

The league will hold between May 16 and 30 at the Kigali Arena.

It is the first professional league run by the NBA outside North America and will feature 12 clubs from 12 African countries Tunisia, Egypt, Angola, Morocco, Senegal, Nigeria, Algeria, Cameroon, Mali, Mozambique, Madagascar, and Rwanda.

The BAL was initially scheduled to gold in March 2020 in Dakar, Senegal. The outbreak of the coronavirus pandemic halted that plan.

Apart from J Cole, the Patriots also signed Brandon Costner, Bush Wamutoka, and Prince Ibeh Chinenye ahead of the competition.

While J Cole will draw more than enough attention to the club, the Patriots will, however, be counting on star player Aristide Mugabe to advance in the tournament.