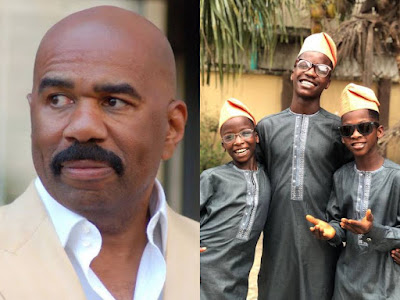 The iconic American entertainer gave the lads a thumbs up by posting on his Twitter a video of one of the youngsters standing in front of a television set as he mimicked one of his messages which was delivered on his programme, Motivation.

Acknowledging the pat on the back by the American actor, the Ikorodu Bois reposted the tweet and captioned it, “Mr Steve!! #Mentor“

Recently, the young boys have been receiving a lot of encouragement from Hollywood stars.

A few days ago, iconic Hollywood director, Zack Snyder, had a virtual video where he made it known that he loves the Ikorodu Bois’ remake of his movie trailer, Army of the Dead